Incoming club Captain Michael Rush was forced to issue a statement this evening following the publication of a photo (below) appearing to show him teeing off incorrectly on the 7th Commenting  on the “teeing offgate” scandal the  incoming Captain denied the report saying that he was in fact taking his second shot. Witnesses to the event have confirmed this, one commenting, “I think the tee shot actually went backwards”.

Amid allegations of an invasion of privacy, the “journalist” who broke the story defended the rights of the free press also adding that he didn’t want his name released.

In other news blog fan has forwarded a youtube clip that brings back memories of a special visitor to the club in 2013. https://www.youtube.com/watch?v=gYeXKT2eqRc 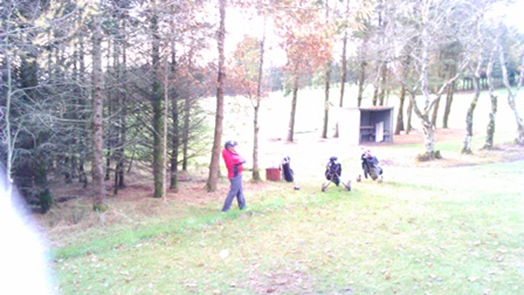