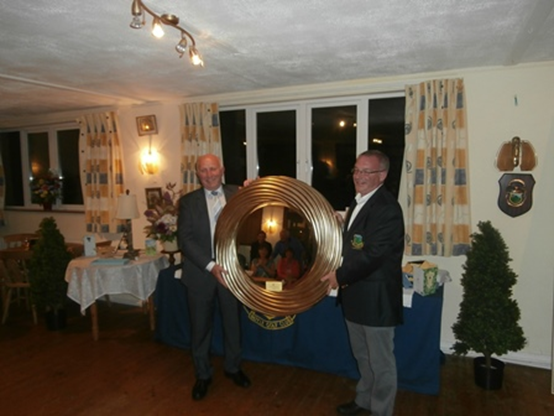 There was a great turnout for last weekends Captains Prize with almost sixty players taking part. Congratulations to the winner Seamus Gallagher who becomes a “double major winner”, adding this years prize to Benny Morgans Captains Prize which he won in 1995. At the presentation Club Captain Padraig O’Connell thanked everyone who took part or helped in any way to make the day a success. He thanked all those who help in the running of the club with special mention for Michael Rush for all his great work. He thanked the groundsman Charlie and all the volunteers for the great condition of the course and also thanked Mary and Gary for looking after the food and the bar. He thanked Moira and Liz for the presentation table and flowers. He remembered members who couldn’t take part with special mention for Jimmy Doyle and James Cooke. Special presentations were made to Ted Hestor who Padraig said had introduced him to Golf and to Jessica Rush for helping on the day. Danny Tiernan was thanked for taking the photographs. The winner Seamus Gallagher said he was delighted and honoured to win the prize and thanked everyone for their good wishes. He paid special tribute to all the members and all who look after the club. He also thanked Mary and Gary. He finished by thanking all his playing partners on the day, Adrian, Vincent and Ross. Aisling Gaughran who won the Captains prize to the Ladies thanked Padraig for the lovely prize and said she was delighted to win. She also thanked her playing partners Liz and Sandra and all who helped to have the course in such great condition. She thanked Mary, Gary and the house committee for looking after the members. The full list of prize-winners were as follows…..1st Seamus Gallagher, 2nd Ross Andrew, Gross Brendan Gaffney, 3rd Michael Simon, 18 Net Vincent Egan, Categories 0-13 Sean Heslin, 14-18 James Shivnan 19-28 Shane Loftus, 1st Nine Charlie O’Donnell, 2nd Nine Jonathan Egan, 3rd Nine Tom Kearney, Past Captain Francie Flanagan, Senior Michael Costello, Student 1st Gary Carty, 2nd Lewis Shaw. Ladies Prizes 1st Aisling Gaughran, 2nd Liz Dwyer, Gross Tish Perry, 3rd Moira Egan. Prizes were also presented to Michael Costello and Niall Kearney for top scores on the Saturday. There was no winner of the “Pick the Winner “competition. The total funds collected of €110 will be shared between Boyle Mens Shed and Elphin Youth Café

Competitions for this week are the Mens Competition on Thursday night, the Scramble on Friday and an eighteen hole on Sunday

The presentation of prizes for July and the club draw will take place next Sunday at 9.00pm. 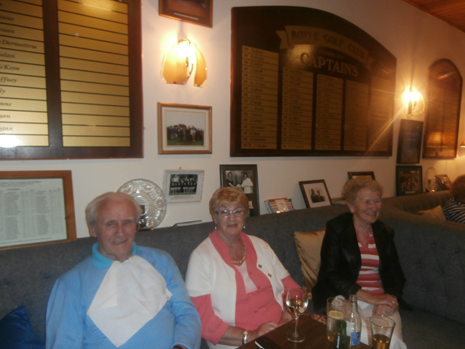 The barbeque and scramble was a great success, thanks to everyone who took part and special thanks to Mary and Gary for looking after us so well