Thanks to all who took part or supported the club fundraiser for the Alzheimer’s Society. The Coffee Morning & Golf Classic was a great success with special thanks to Captains Sandra McCrann & Michael Rush.

The Winter League prizes were presented on Sunday evening to Teams Heslin, Gaffney & McGuinn. Sean Heslin thanked Michael Rush for organising the competition and for an enjoyable three weeks of golf.

The Club heard with great sadness last week of the passing of club member & fellow golfer James Shivnan following a short illness. James is fondly remembered and will be sadly missed. We extend our sympathy to Mary, Sarah, Emma, Marie and all the Shivnan Family. As a mark of respect Club Members held a guard of honour at the funeral in Ballyfarnon. Ar dheis Dé go raibh a anam dílis

A coffee morning/cake sale for the Alzheimer’s Society takes place all day today in Boyle Golf Club. The event is a joint initiative by club captains Sandra McCrann & Michael Rush and all support is appreciated. The event is part of a fundraising weekend including a golf classic which can be played Saturday, Sunday and Monday. A raffle will take place over the weekend with prizes including two tickets to Leinster V Connacht in the RDS on New Year’s Day. For more information on any of the events or to offer support please contact club captains Sandra on 086 8512191 or Michael on 086 8645797.

The Golf Club are holding a guard of honour for James Shivnan R.I.P. on this Friday at 1.30pm. We will gather at 1.15pm at Shivnan’s Bar, Ballyfarnon. If possible please wear club jumper, or blue/black jumper and dark trousers.  The course will be closed all day Friday as a mark of respect.

Funeral arangements are as follows:

It is with great sadness we report the passing of our friend & club member James Shivnan following a short illness. James is fondly remembered by us all and he will be sadly missed. We extend our sympathy to Mary, Sarah, Emma, Marie and all the Shivnan Family. Funeral arrangements to follow. May he rest in Peace

Well done to Team Heslin who won the winter league with a total score of 346pts. Team Gaffney were 2nd and Team McGuinn were 3rd. Thanks for all who took part and special thanks to Michael Rush for organising. The winning team was Sean Heslin, Michael Reid, Vincent Egan, Michael Rush, Ted Hestor and Tommy King. Presentation of prizes takes place next weekend along with the club draw

This coming weekend, Saturday, Sunday & Monday is a Golf Classic in aid of the Alzheimer’s Society Format is a four team rumble at €100 per team including meal. A coffee morning and cake sale will also take place in the clubhouse on the Saturday. A raffle will take place over the weekend with prizes including tickets for Leinster V Connacht in the RDS on New Year’s Day. Full details on noticeboard. . The weekly nine hole runs from Monday to Saturday.

Good luck to everybody taking part in the final round of the winter league. Team Heslin are currently leading however the pressure of being leader often causes teams to calve so all is still to play for. The September Club draw will take place this evening.

Click here for info regarding the upcoming golf classic in aid of The Alzheimers Society of Ireland!

Date for your diary is the Golf Classic in aid of the Alzheimer’s Society on the October Bank Holiday weekend. (Saturday, Sunday & Monday) Format is a four team rumble at €100 per team including meal. A coffee morning and cake sale will also take place in the clubhouse on the Saturday. A raffle will take place over the weekend with prizes including tickets for Leinster V Connacht in the RDS on new year’s day. Full details on noticeboard.

The club are delighted to announce a funding offer of €55,000 from the Sports Capital Fund. Thanks to all who organised and supported the application. The funding will be used for a new practice area adjacent to the car part to include chipping area and driving nets, course drainage on selected holes and purchase of course machinery.

Click here for info regarding the upcoming golf classic in aid of The Alzheimers Society of Ireland!

The Winter League commenced last weekend with Team Gaffney leading on 121pts and Team Heslin in 2nd place on 119pts. Full results and placings are on the noticeboard. Round two takes place from Thursday-Sunday with all still to play for. The weekly nine hole was won by Seamus Gallagher 22pts, 2nd Padraig O’Connell 21pts, 3rd Michael Rush 20pts. The weekly nine hole can be played Monday – Sunday during the winter league, entry is €5, re-entry €3. 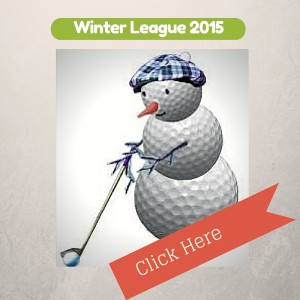